For eleven years, every morning on my way to the Distance Education Centre, I would pause briefly at the corner of Locksley and Excelsior Streets, to wave to a woman as she waited for her brother to take her son to school. Every morning. In one of those years, my Year 11 English students were studying The Truman Show – sometimes it felt like I was living just up the street from Truman.

Movies have that affect on me. 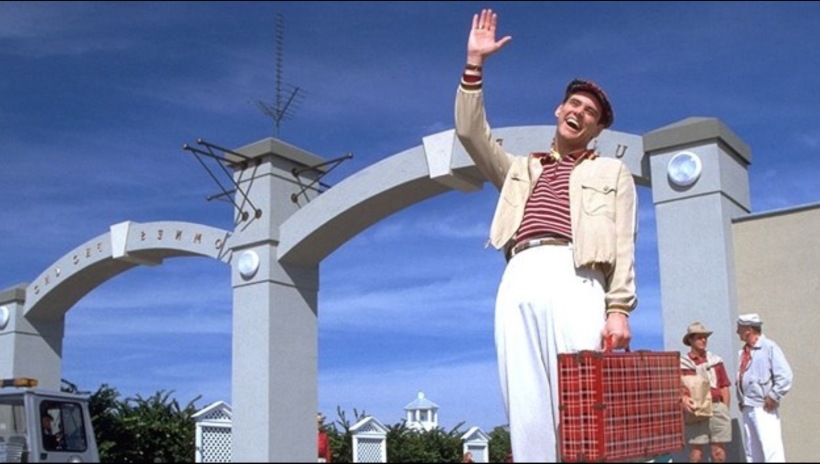 Truman cheerfully waving to everyone he meets – everyday – with his catchphrase, “Good morning, and in case I don’t see ya, good afternoon, good evening, and good night!”

Do you remember the scene in The Matrix when Cypher explains why he would rather live inside the Matrix, even though he knows that it is only his mind that ‘makes it real’? In scene 72, we see him talking with Agent Smith; he is in a fancy restaurant eating a ‘thick, gorgeous, steak’. Agent Smith asks Cypher if they have a deal:

You know, I know that this steak doesn’t exist. I know when I put it in my mouth; the Matrix is telling my brain that it is juicy and delicious. After nine years, do you know what I’ve realized?

He shoves it in, eyes rolling up, savoring the tender beef melting in his mouth.

Joe Pantoliano as Cypher, good at being bad.

Cypher chose to live, hooked up to a machine, in an imaginary world, rather than in the ‘real world’ where life was harsh, and the food was hardly edible.

The Matrix was a film for the times. Hitting the cinemas in 1999, it ignited our imaginations, we were heading into ‘the 21st century’, that’s if we made it beyond Y2K. Maybe I shouldn’t assume that it affected everyone the same way it affected me. If I had the same choice as Cypher, what would I choose? My immediate response was, of course I’d take the red pill, “offering the truth. Nothing more.” And yet, sometimes the truth can be hard to take. And what is the truth anyway and what is real?

Let’s look at another film that played with the idea of reality. Snowpiercer was released in 2013. It was nowhere near as popular as The Matrix, with box-office takings at $86.8 million compared with The Matrix at $463.5 million, but for me, it has left an unexpected imprint on how I perceive the world around me.

For all my French followers. (I wish!)

In this film, we are lead to believe that the downtrodden people who live on the train will eventually overthrow the establishment. We soon discover that the riots we witness are ‘allowed’ so that the people think that they have a voice, and a chance at freedom. Now I’m usually not one to  jump straight to conspiracy theories, but after seeing this film, I’m thinking, what if the 1% just put up with the 99% protesting so we feel like we are getting somewhere?

These films are messing with my head!

And then along came the TV series of Westworld – the most-watched first season of an HBO original series ever. (Wikipedia) Recommended by two of our ‘go to’ people for good TV, Mike Seymour and Philip Jackson, we were hooked from the first episode.

In case you haven’t seen this advertising still for Westworld…

Here, instead of the machines ‘using’ humans, as we saw in The Matrix, the humans are exploiting the androids, with the human ‘guests’ being given licence to live out whatever fantasies they desired. Hmmm, humans being allowed to get away with whatever they please? Androids with the potential to discover what is actually going on? This can only end badly.

While Westworld has been likened to several other high profile and well-received science fiction films, one experiences it more as an evolution of the stories we have already seen and heard. Anthony Hopkins, in the role of Robert Ford, the co-creator of the park, declares in episode 8, “The self is a kind of fiction, for hosts and humans alike. It’s a story we tell ourselves.”

Each character is given a narrative that fits in with other characters in the park, with the added ability to improvise if something outside of their experience should occur. It’s not long before I start squirming in my seat; are they talking about these fictional characters or are they talking about us? When did sitting down to relax in front of the TV become so not relaxing? And yet, it’s the best and most satisfying kind of television.

I want to be challenged, I want to be able to step outside of the loop when I choose. (This brings up the whole issue of free will vs determinism!) When Maeve, one of the main characters in Westworld, realises that even her rebellious nature is scripted, we start to wonder how deep the rabbit hole goes.

In a show with the title, Westworld, you would think it might be dominated by cowboy types. For those of us who like strong female leads, you will be pleased to meet Maeve, played with finesse by Thandie Newton. Here she shares the frame with Clementine. (Angela Sarafyan.)

How does this relate to this blog, about how the changes we make all add up to make a difference? What if the narrative we live by does change suddenly, will I be able to adapt? It’s easy to change certain habits, but a whole way of living? I guess that is a twist in the story that we will just have to wait to see.

P.S. Has anyone else noticed that Ed Harris is in three of these films? Conspiracy theory warning bells going off!! To save you having to google it:

Christof in The Truman Show 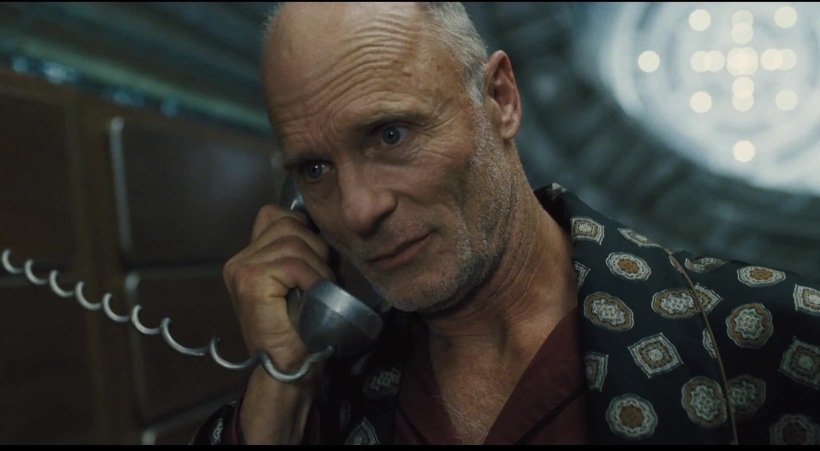 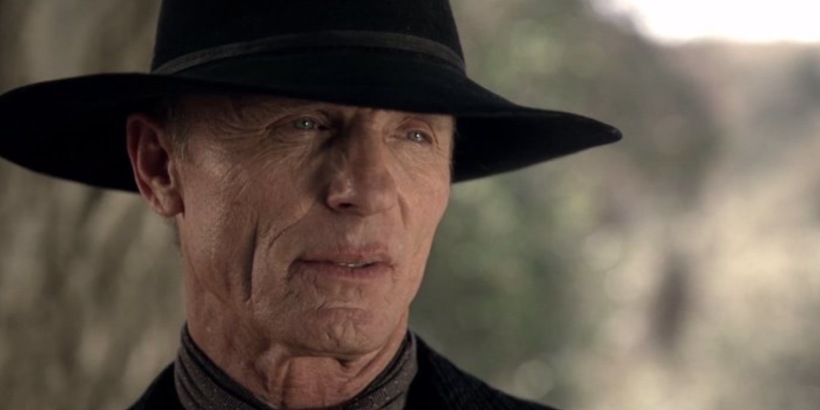 The Man in Black in Westworld

I’m interested in how we live and how we die. I like to try things on and see if they work for me. I find the human experience a fascinating one. No matter how much we hear about there being evil in the world, I also know there is goodness, and many people who are dedicated to caring for everyone and everything.

2 thoughts on “Choosing a different narrative.”