Today’s date, the 5th of October 2017, stamps this day as being six months since my husband, Peter, passed away.

Last night I watched a film in which the filmmaker used the technique of jumping between the past and the future, with words appearing on the screen declaring it to be ‘three weeks later’, or ‘four years earlier’. I kind of like this method of shortening time. Imagine having to watch every moment of what happened in between. For better or worse, in ‘real life’, we have to pass through every minute, there is no fast-forwarding, no rewinding.

Peter and I often talked of life being like a movie, it made some situations easier to deal with. (This photo was actually taken ‘five months later’. I wanted to choose something that looked a bit  cheerful. This was our first truly ‘Spring has sprung’ kind of day this year.)

We knew that the disease would eventually overcome Peter’s amazing spirit. Even though we did what we could to prepare ourselves for ‘the inevitable’, we weren’t really prepared. The last blog post I wrote, on the 23rd of March, was only two weeks before Peter’s body succumbed. I still can’t believe our situation changed so quickly.

Peter took this photo of us on the 18th of March, five days before we returned home. Looking at it now, it is obvious that he was very ill. After having seen Peter’s appearance change so many times over the years, especially since diagnosis, I think I stopped relating to how he looked physically and instead looked past the body to be with his beautiful, irreverent spirit.

Peter’s sister, Melissa, was brave enough to ask me if we had had a chance to say goodbye, in that ‘final chance to say goodbye’ kind of way. The truth is, we didn’t. Even though we had had many discussions over the years about that day eventually catching up with us, I think we had become so accustomed to planning for the next day, week, month etc, that the time to say such things came and went. I said to Melissa that in hindsight, I think it would have been too hard to finally admit to each other that ‘this is it’. With a little more hindsight, if I could rewind the days, I would make sure we said those words to each other. I wished I had thanked him for being such an amazing life partner. There are just not enough adjectives to describe who Peter was for me. 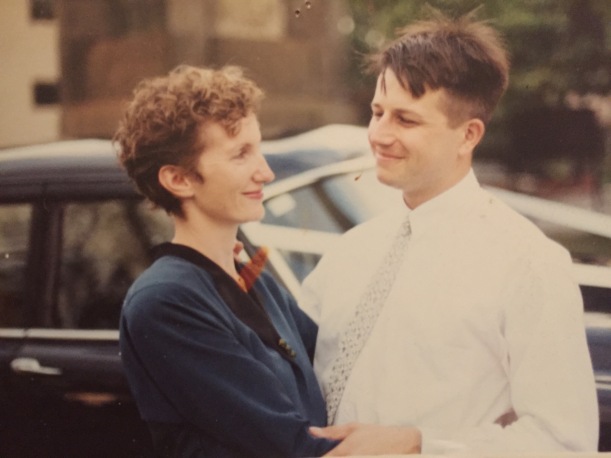 This photo was taken when we attended the marriage of our friends, Michael and Rowena. I’m not sure of the actual date, some time in the 80s. I like this photo because you can definitely see ‘the look of love’ in our eyes.

So here I am, six months later. You won’t be surprised to know that my saving grace has has been the support and love I have received from friends and family. Particularly family, especially ‘the kids’, as our mother, Edna, calls Louis, Tam, Yoshi and Helena. 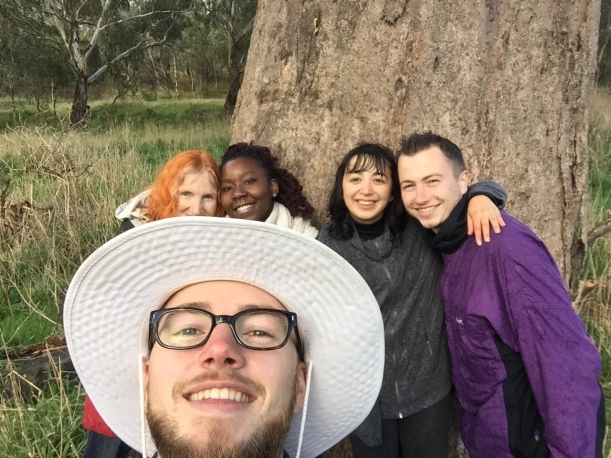 ‘The kids’ taking their mother on an outing to Plenty Gorge Park in South Morang in May.

You read about people who lose their life partner, and how they appear to do all kinds of things that seem out of character. Some might choose retail therapy, others, the bottle. I might have done a bit of both, however my big one was to unintentionally take on my fear of flying; a secret I only recently revealed to my inner circle. In the last six months I have flown to Adelaide, Sydney and two trips to Tasmania. (My sister, Jann, and I were meant to fly to Japan on the 23rd of September, but that is a whole other story.)

While in Adelaide, Susanne and I visited the Monarto Zoo for a good dose of rhino therapy.

While in Tasmania, I joined Jann and Tony on several walks along the beach. Being on the edge of the ocean, seeing the expanse of water, the surrounding mountains and the sky above, one is reminded of the beauty of life, and that we even exist at all.

I am learning to live with the paradox that ‘life not turning out as one expected’ foists upon you, being forced to face the biggest change that life has expected of me. Peter is pretty much always in my thoughts. We shared so much together. I talk to him sometimes, mainly while driving, because that is where we had many good conversations. Some days I love living in this house, where everything has been touched by one or other of Peter’s creative urges, and sometimes I just want to run away.

Three months ago, I had my haircut. I think it is fairly common for folks to acknowledge a big change in circumstances via a visit to the hairdressers. 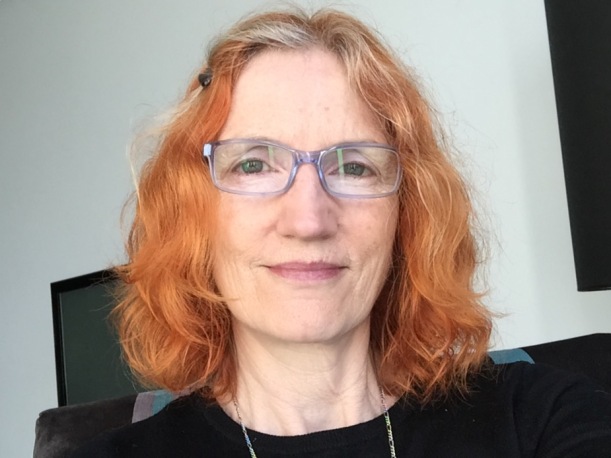 And so our ‘Ruth and Peter’ film came to an end. It was not the ending we had hoped for. Everyone wants to grow old with the one they love. It is lucky we were more about the journey than the destination. We packed in so much, and I am grateful for those days.