While I like to think I have developed a few skills for reducing food waste and recycling, my husband, Peter, definitely wears the crown when it comes to reusing and repurposing. Today I will provide some ‘before and after’ examples of how Peter has diverted ‘waste’ from landfill, to create objects that enhance our daily lives.

Okay, so it doesn’t look much like a wind chime in this photo. The discs are from old hard drives, the silver-plated dish originally belonged to Peter’s mother, Lois, and the printing plates are from Peter’s father’s factory, from back in the day. 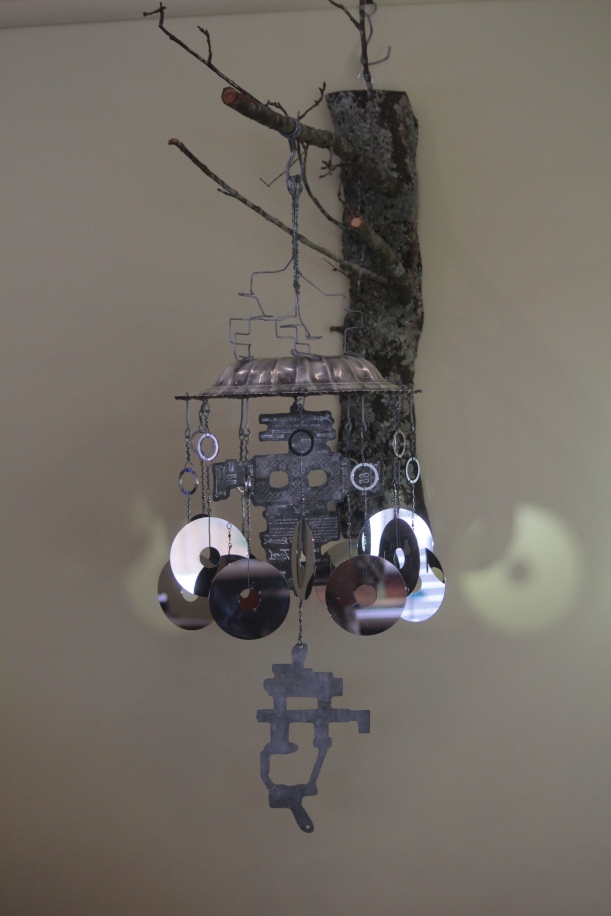 This looks more like a wind chime! In this shot it is hanging inside, however the lack of wind was a problem so it now resides outside our back door, where there is plenty of wind.  I also love the way the sunlight hits the discs creating light patterns on nearby walls. 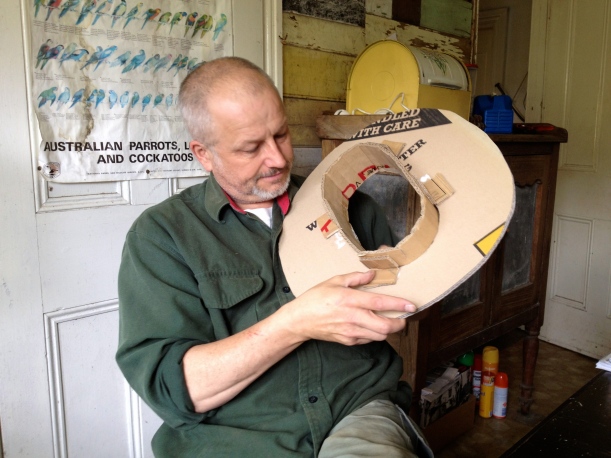 Peter has a knack with cardboard. This humble cardboard box… 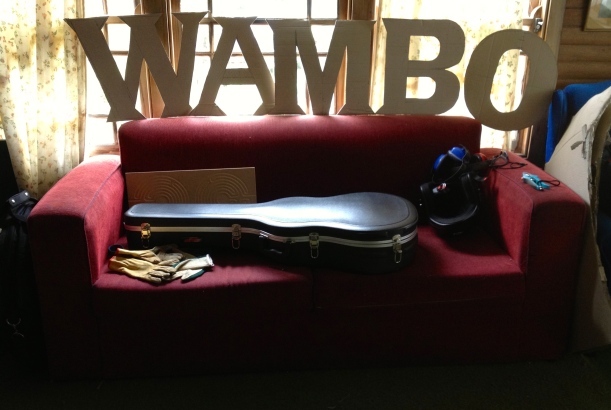 was given a coat of white paint after many hours of cutting and gluing, and then transformed into…

…a mesmerising sign that assures our audience find it hard to take their eyes off the stage!

I love this sign so much. It hangs above the window in our living room, and when friends or family drop by, or we just feel in a party mood, we flick the switch and the WAMBO sign lights up the room.

Festive lights for Louis, Tam and Dorothy’s visit in November 2014

This sign deserves a mention because it was repurposed from an old copper hot water service we found way over in a back corner of the roof cavity. 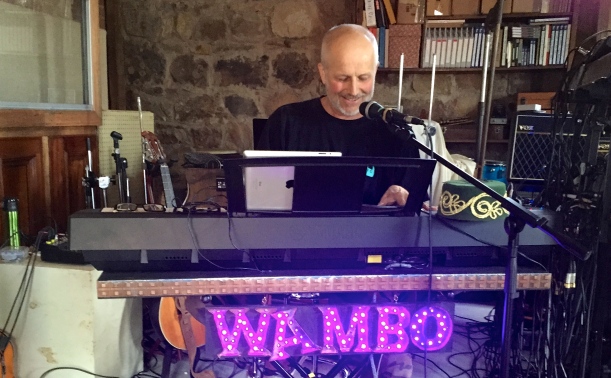 After all that cutting and shaping, Peter added some twinkling lights and we now have this adorable compact version, for those smaller venues.

3. The top section of the range hood

We somehow managed to misplace the top section of the range hood about five years ago so Peter thought he should make a new one. He started with cardboard for the initial design, and then used tin from our old skylight to create the base.

Peter has a fine collection of copper and brass items which come in handy for all sorts of situations. Forget boring stainless steel, our range hood is decorated with horses pulling a chariot! (The brass shield came from a secondhand shop in Tasmania.)

Our exhaust fan broke down and we were disappointed to discover that the new one was smaller than the old one. We needed a new frame. Why not use a frame from an old print?   I liked this idea.

It took a few adjustments and some trial and error, however, before long our draft problem was solved. It is especially pleasing for those people who end up flat out on the bathroom floor!

5. Before Peter, there was Gordon.

Whenever I compliment Peter on his ability to use materials from around the house to create both practical and fanciful things, he never fails to mention that his late father, Gordon, was his inspiration.